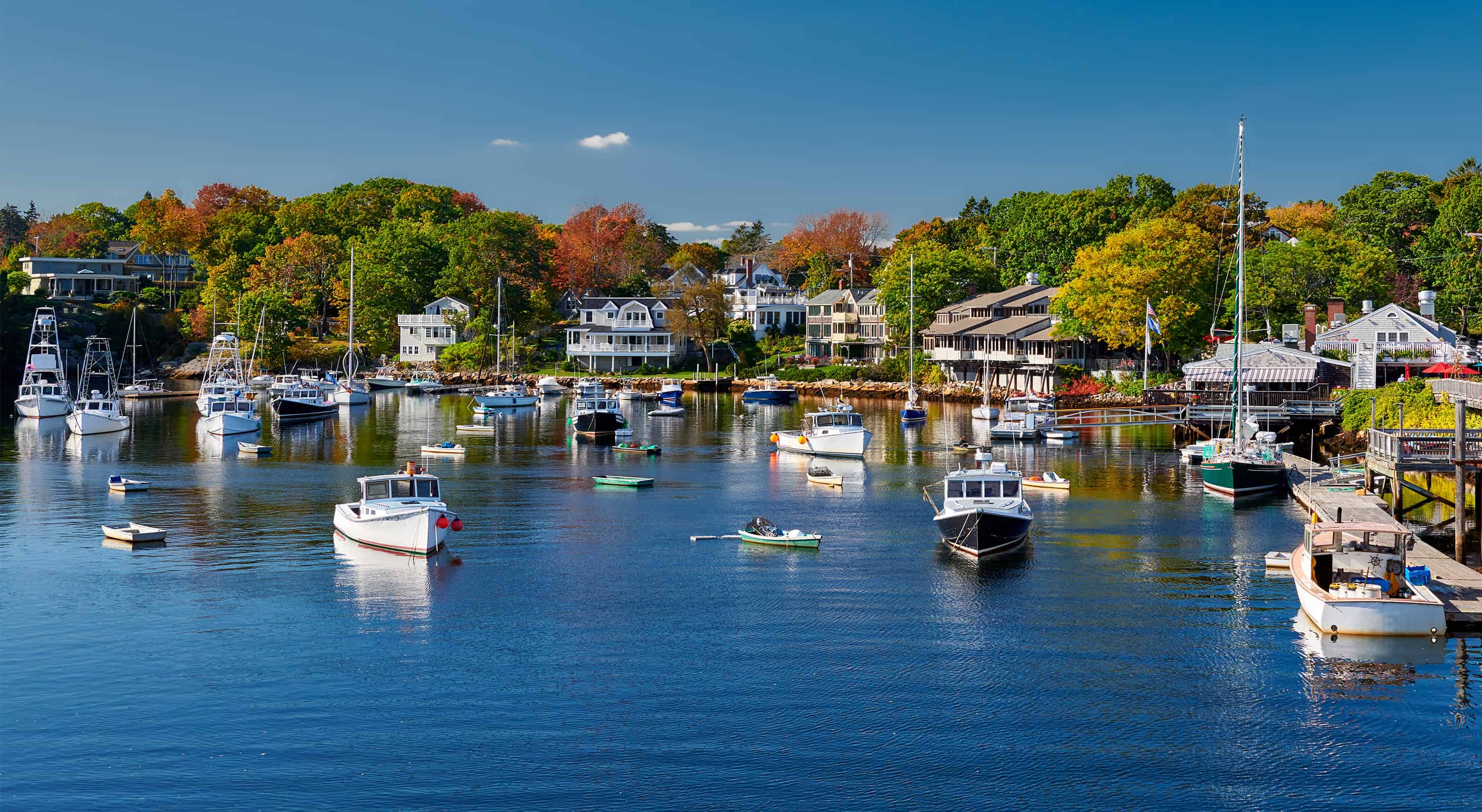 It doesn’t get more fall than a harvest-time visit to an apple orchard, now does it? When you stay with us at the Admiral’s Inn this October, you’ve got some great options for this all-ages seasonal rite of passage within super-easy reach.

Striking out in pursuit of New England apples fresh off the twig, you also get to eyeball some gorgeous autumn foliage and otherwise revel in the beautiful countryside composing Ogunquit’s greater backyard.

Here’s a quick tour of some of u-pick orchards closest to your cozy room at the Admiral’s Inn, so you can crunch into some fall goodness while enjoying the very best in Southern Maine hospitality!

A mere 10 miles north of us, Spiller Farm has been in operation since 1894. Come pluck apples on this beautiful and historic property—and maybe take a (free) hayride or two! Meanwhile, Spillers’ Farm Store not far away offers sandwiches, pizza, and other snacks, so you can stay nice and fueled up for your own personal harvest.

Some 20 miles northwest in Sanford, McDougal Orchards lays claim to quite the pedigree: It’s been under cultivation—and in the same family, no less—since 1779. Yeah, we said 1779: as in just four short years after the United States declared independence. Last we heard, McDougal is picked out, but fear not: You can still buy apples at the farm, not to mention cider donuts over at the Donut Shack (when it’s open, anyway). Plus there’s a corn maze!

Across the border in southeastern New Hampshire (but just a half-hour’s drive from the Admiral’s Inn), Applecrest Farm is not only the biggest apple orchard in the Granite State: It’s also the oldest continually run orchard in the country. You can come pick amid the 220 acres Applecrest’s dedicated to apple trees, which yearly turn out better than 50,000 bushels of more than 40 different varieties (from Red Delicious to Empire). Besides stocking up on apples in the raw, you can also munch cider donuts and sip homemade apple cider: tastes of autumn, to say the least.

Load up on some delicious Maine or New Hampshire apples, have a cup or two of cider, hitch a hayride, navigate a rustling corn maze, all while soaking up some beautiful October sunshine—what could be better? Actually, the only thing better is having the Admiral’s Inn to welcome you back after your apple-picking outing…

Come join us here in charming Ogunquit, and enjoy the kind of magical slice of fall only coastal New England can serve up!